My urban fantasy novel A Hidden Magic has been released and is available through my publisher's site. I'm sitting here vibrating with excitement, with this ridiculously huge smile on my face.

Oh, and they used the blurb I wrote and the excerpt I chose when I did my marketing doc, which is pretty cool. Unless you don't like it, of course, in which case it's all my fault, but there you go -- nothing's completely perfect, right? :) 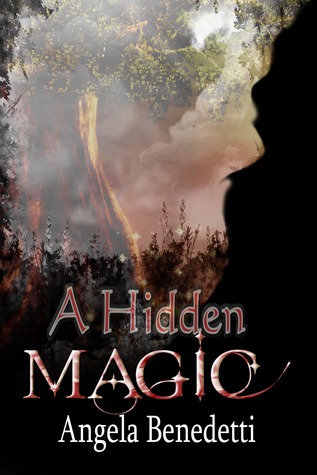 Fey incursions into the mortal world have been on the rise, and Paul MacAllister's trying to figure out what the king of the local Elven enclave Under the Hill is up to and how to stop it. Rory Ellison was caught up in one of those attacks and nearly killed by a gang of goblins. He doesn't believe they were real, though, and is resisting anything Paul might say to the contrary.

Normally Paul would be willing to let Rory go his own way, at least until he's taken care of more immediate business. But Rory has a particularly rare gift, one the Elven king needs to have under his control in order to carry out his plan. Keeping Rory away from the fey who will use him, to death if necessary, means protecting him night and day, whether Rory agrees or not.

The rushing of the water and the squawk-twitter of the birds were soothing, almost hypnotic. The breeze blowing across the small river was cool; it felt good on Rory's overheated skin and it smelled like green. It was a wonderful place to rest, but it was time to move. He opened his eyes and tried to stand up... and couldn't.

He tried again with no better luck. He was stuck to the bench.

"Damn! Aren't they supposed to put up signs when they paint?" Resigned to being a total mess, he put his hand down on the seat for leverage, but it didn't help. And then he couldn't move his hand. "What the--? It couldn't have dried that fast!"

Then he remembered he'd brushed leaves off the bench before sitting; it hadn't been wet then, or sticky with anything. He tugged at his hand but it was stuck tight and pulling just hurt.

"Got a problem, sweet thing?" A screechy, smarmy-sounding voice squawked directly into his ear, and Rory whipped his head around while jerking as far away as he could. Hanging off the back of the bench and grinning at him with far too many teeth was a scrawny creature the size of a small, scrawny teenager, with scraggly hair and round, yellow eyes. The backwards baseball cap, multiple pendants, baggy basketball shirt, and shorts that dragged nearly to his ankles said "juvenile hoodlum," but the pitted, gray-green skin and the drooping points on the ears had Rory in a panicked freeze.

"Umm, this one smells tasty!" cooed another voice. Rory forced himself to look. It (she?) was a grayish purple and had the longest tongue he'd ever seen outside of a cartoon. Her hungry expression wasn't at all funny, though; it was pure menace, and the rough, pointed tongue-tip which rasped its way up his cheek burned like acid.

A pair of gray-orange hands appeared from behind him, one wrapping itself around his throat while the other slid around his forehead and braced. He couldn't move, and there were more of them, whatever they were, scooting and slithering around him, climbing up onto the bench and perching in his lap, hanging off his arms, rubbing and pinching and tasting. He couldn't move and his vision was blurring and darkening as they pressed in around him, tugging at his clothes, touching and licking any skin they uncovered. He couldn't move and all he could do was open his mouth to scream, but a long, dripping tongue slid inside and he couldn't make a sound.

Rory struggled instinctively at first, fighting the gripping fingers and burning tongues, but then he forced himself to relax. It's just an episode, he reminded himself. They're creations of a misfiring brain. They're not there, they're not real, they can't hurt you, relax....

He closed his eyes and let his muscles go slack, one set at a time as his doctor had taught him, while regulating his breathing. He pulled his awareness inward and focused on feeling the air rushing in through his nose and down to his lungs, filling them. He felt his heart beating, focusing his perceptions down into his own body until each lub-dub sent out a shockwave he could feel shuddering through his entire torso.

Suddenly a nasal voice screeched into his ear, "You can't hide from us!" and the creature straddling his lap sank her teeth into his shoulder. Rory screamed and jerked, trying to throw her off, but he could barely move between the skinny arms clutching at him and whatever it was that held him to the bench.

Nothing! There was nothing holding him but his own imaginings. He fought to relax and focus but "nothing" yanked his head back by the hair and plunged her caustic tongue back into his throat, so deep he thought she'd taste the coffee he'd had on the way to the bus stop. He gagged and his stomach tried to expell the irritant but he couldn't move and she wouldn't stop and he tasted bile and couldn't help gagging and then it was much easier to relax because he felt himself fading and slowing and everything went fuzzy and smeary and then dark.

Paul plunged through the hole in the air as soon as Aubrey stepped back and nodded. He took off from hardwood and landed on packed dirt, near a particular curving bank on the Guadalupe River, which ran through the heart of San Jose. Paul came out with a Don't-Look on him, which Cal had cast on the group while Aubrey worked on the Port. A quick look around spotted both the mob of goblins feeding at a bench a dozen yards away, and the fact that there was no one else nearby. Excellent -- he wouldn't have to waste time or energy distracting onlookers or hiding any fireworks.

He stepped clear, his focus now on the goblins, and the others immediately followed one by one. They formed up on Paul and ran toward the goblin mob, yelling and waving cold iron weapons, hoping to at least startle the things off their victim.

The goblins swarmed like starving hyenas around a corpse, which was an unfortunate mental image just then. He heard Manny call, "Alive, but fading!" the tension grating in his voice.

Paul pulled his screwdriver out of a pocket inside his jacket and moved forward with Cal right behind him. Aubrey was prepping a banishing spell, but they needed to get the vermin off of Manny's friend now, not two minutes from now, and cold iron would get their attention nicely.

Cal moved up next to him, his favorite physical weapons against the fey -- a pair of heavy wrenches -- already in hand. Manny, on his other side, had his crowbar in both hands; pure iron, it was particularly effective.

Paul descended on the gang of goblins, the other two flanking him, and a moment later they laid into the creatures, stabbing and bashing and yanking them off their victim.

Magic sprayed like blood wherever their weapons hit. The goblins screeched and cursed and turned on them in a furious pack. Teeth snapped, claws slashed and curses stung, but each swing or thrust of a cold iron weapon sent a goblin shrieking and scrambling out of range, away from the bench and the pale, limp body draped across it.

Congrats. Cool cover. I like the excerpt. I'll check it out. I like a good goblin sticking.

Now THAT is scary!
Really, really, REALLY like the use of mundane objects as "cold iron."
Oh, well done Angie!

Bernita -- thanks, hon! [hugz] I figured tools would be easier to explain to cops than swords, and since it's the material that's important, they work just as well, heh.